David moved to the village in 2018 and joined the Committe a year later. He was elected Chairman in June 2020. He is a family man with children at the local school

Lawrence Dollimore: Lawrence is currently the Committee Minute-taker and is doing some of the Secretarial work until a permanent Secretary can be found. He is also the LGVS archivist and webmaster.

Helen moved to the Village in 1989 and joined the Society Committee in February 1999 as our Membership Secretary. She is responsible for collating all of our membership information and maintaining the data.

David has lived in Langton Green since 1988. He joined the Committee as its new Treasurer in 2013. He has been instrumental in moving the Society away from door to door collections and on to the standing order method of subscription payments. He also organises our newsletters which the Society now send out by email.

Josie has lived locally since 1987. She has been a member of the Fete sub-committee for five years and has now taken over as its Chair (2019). Previously, she has been Chair of the LG School PTA and has been running the Little Saints group at All Saints' Church for 15 years. She enjoys cycling and is a local artisan.

Lyn Dollimore:  Lyn has lived in the Village since 1984, having previously lived overseas with her husband Lawrence for 9 years. She is our quiz organiser, which is held at the Village Hall normally in February or March each year. She also runs the book tent in the annual village Fete, plants the dafodils and crocuses around the village, arranges the hanging baskets, and oversees the awarding of two annual educational bursaries.

Jeremy Stirling:  Jeremy has also lived in the Village for over 30 years and takes a keen interest in the current 'hot topic' of Gatwick; both with the airport's expansion and with the narrowing of the flight arrival paths over west Kent. He is our ears and eyes with the other  protest groups in Kent and Sussex. Jeremy also makes time to write the weekly Village update for the K&S Courier.

Lynn Trainor:  Reverend Lynn Trainor joined the Committee in 2018.  She is the vicar for All Saints.

Nick Trainor:  After a career in IT, Nick retrained as a teacher and joined a local school teaching Politics, History, and Religious Studies. He joined the committee in June 2020.

Nicci Levy:  Nicci joined the Committee in late 2018 and is also a member of the fete sub-committee, which oversees the organising of our big event each year. Nicci is responsible for social media posts.

James Bowdidge: James and his wife, Bee, have lived in Langton Green since 2010, running a small mixed farm of pigs, cattle, sheep and chickens, as the Peasant Farmers. James is Vice-Chairman of the Society and has taken particular responsibility for the Langton Greenleaf tree planting campaign.

Mike (Harry) Harrison: Harry moved to the village in 2007 and joined the Committee in 2021. You will recognise him as the friendly face running the Bar at the village  fete, and also helping to hang the hanging baskets.

Emma Stevens: Emma is one of the Church Wardens of All Saints and joined the Committee in 2021 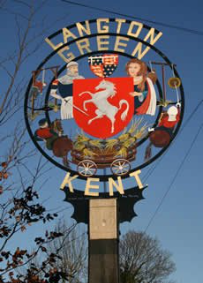