We are extremely fortunate to have a beautiful and cherished church building in an excellent state of repair and built (by Chambers of Penshurst) in 1863 in a version of the Early English Style, considered at the time of the Gothic Revival to be the only truly Christian style. It was designed by Sir Giles Gilbert-Scott, the celebrated Victorian architect.

In the early 1860s a fairly large corner of the Green was given by Mr Charles Powell of Speldhurst and a public appeal was launched to build a 'Chapel of Ease at Lankton' (only later to become Langton Green).

In the church are windows by Morris and Co (all very early), Clayton and Bell, Powells, C E Kempe and Gerald Moira. Our picture here shows a predella in a chancel window by Powells showing the Angel of the Crucifixion. The most obvious Pre-Raphaelite Morris window depicts Mary Magdalene (not illustrated) by William Morris himself, 1862. 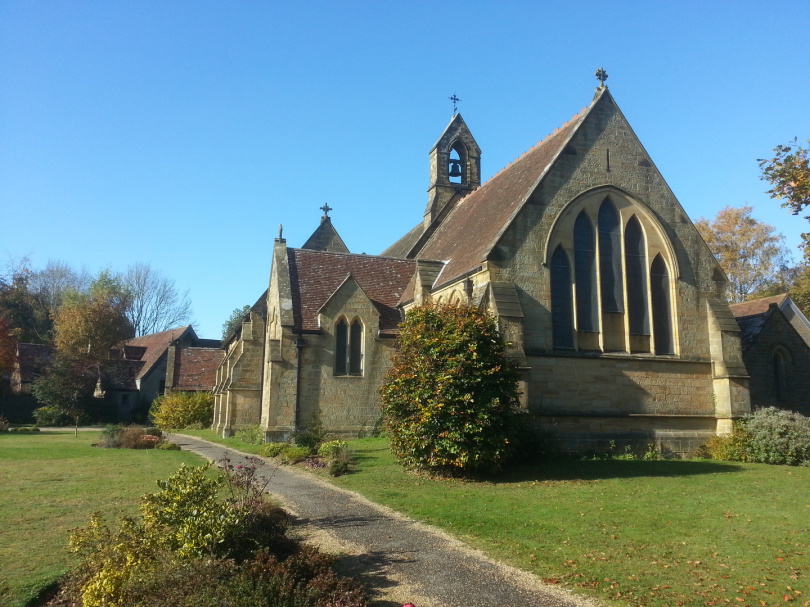